Calling all Super Heroes fans! Marvel’s Spider-Man is swooping in and he’s a “WHILE SUPPLIS LAST” kind of guy, so grab yours while you can! 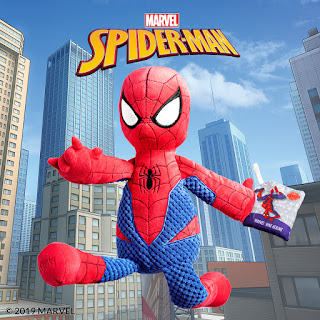 Spider-Man is Marvel’s most popular Super Hero, reaching a wide audience from comic books to the big screen, and this is the first offering from our new relationship with Marvel.
The Spider-Man Scentsy Buddy comes with a preselected Scent Pak in Marvel: Nine Realms, the fragrance created especially for our Marvel products.
And because Super Heroes are stronger together, some of your other favorite Marvel characters are also here for a limited time! Our Marvel’s Avengers Scent Circles come in a pack of four and feature Captain America, Iron Man, Hulk and a group pose. Plus, there’s a bundle available.


Here are the purchase options: 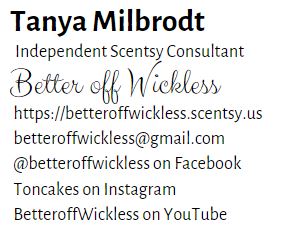 Tanya Milbrodt
I LOVE being an Independent Scentsy Consultant! Check out "My Scentsy Story" for details on how I started, but it went from, "I'd like to make a little extra money" to "OMG.... I LOVE this!". It's given me comradery, confidence/self esteem, excitement, goals... the list goes on & on! I love the product and even more, I love representing it and sharing it with the world! https://betteroffwickless.scentsy.us @BetterOffWickless on FB Toncakes on Instagram BetterOffWickless on YouTube